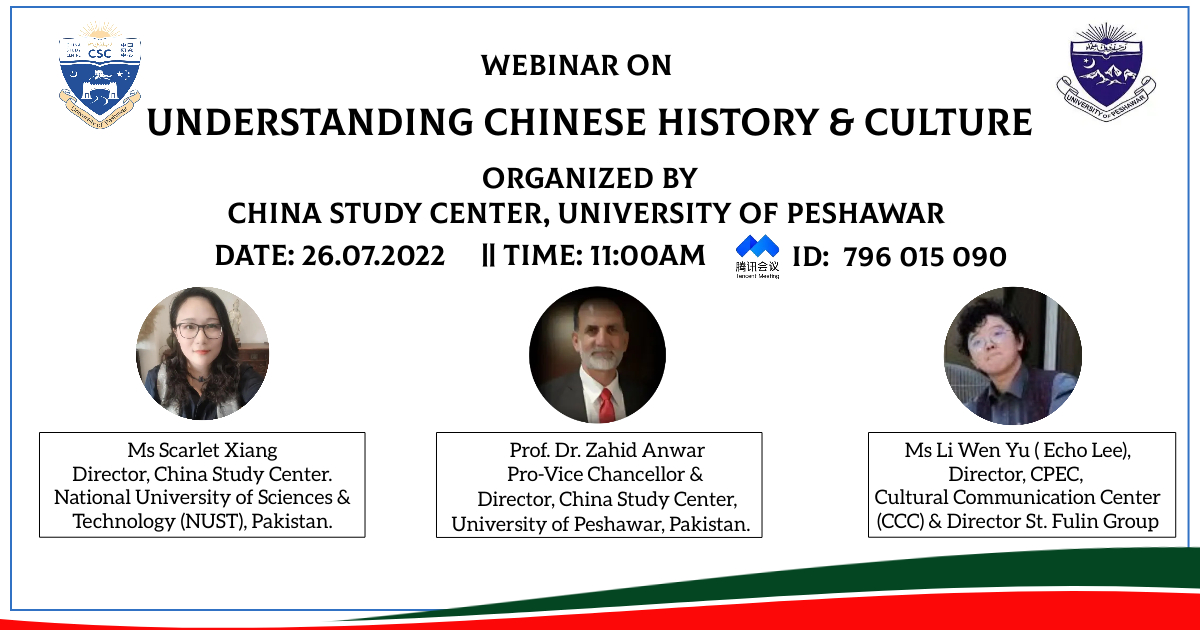 The other distinguished presenter was Ms Scarlet Xiang, Director China Study Centre, National University of Sciences & Technology (NUST), Islamabad. She  talked about Chinese culture and different festivals celebrated in China. She mentioned about the Chinese New Year also known as Spring Festival. The New Year is the most important festival in China. It is a grand family reunion time for Chinese people around the world. She enlightened the audience with the Dragon Boat Festival which falls on the fifth day of the fifth lunar month. People celebrate the Dragon Boat Festival by racing dragon boats and other events.

Prof. Dr. Zahid Anwar Pro-Vice-Chancellor and Director China Study Center, University of Peshawar talked about the rich culture and history of China and told the students that the people of the two countries can learn a lot from each other. He said that China is an ancient civilization and has contributed a lot to the realm of science, technology, and wisdom.

TELECONFERENCE BETWEEN UOP, PAKISTAN AND NWU, CHINA FOR ACADEMIC COOPERATION