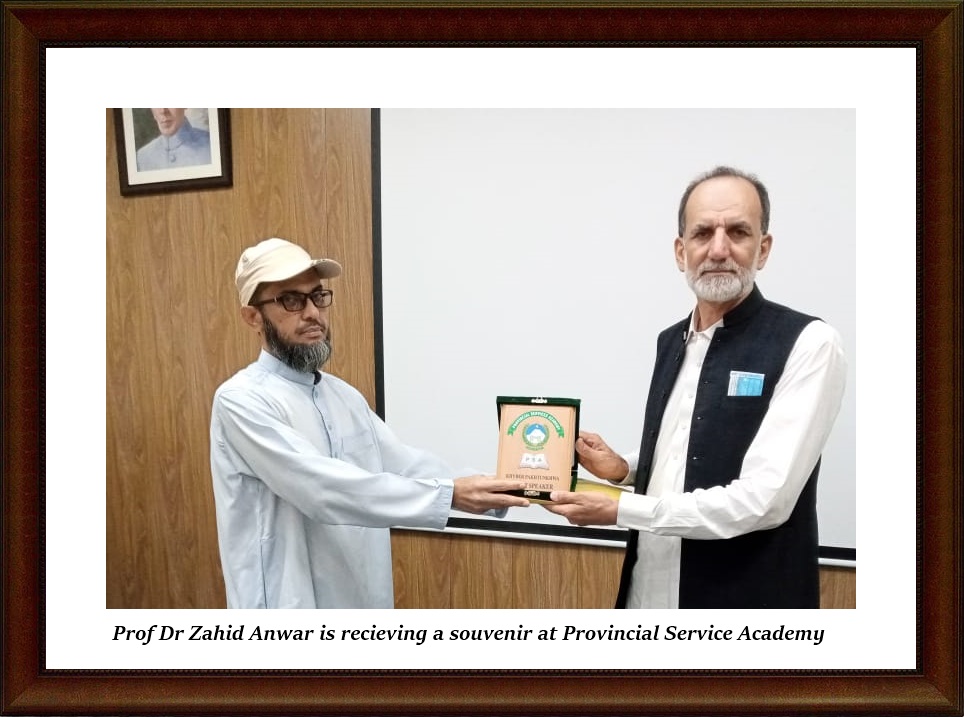 Prof Dr Zahid Anwar, Director China Study Center, & Dean Faculty of Social Sciences, University of Peshawar delivered a presentation on “PAKISTAN, CPEC AND THE CHANGING GLOBAL AND REGIONAL FLUX” to the training officers at Provincial Services Academy, University Town, Khyber Pakhtunkhwa, Pakistan on 30th July 2021. The two hours lecture was divided into two sessions i.e., lecture and question answer. Prof Anwar in his lecture stated that Pakistan and China relations are based on 5 principles of peaceful co-existence and the 70 years hard work of the two nations culminated in tremendous trust and confidence between the two countries. They have become all-weather friends and iron brothers. BRI is the 21st Century Silk Road which is based on win-win model for the benefit of all participants. The pedestal of BRI is for convergence of interests among different regions and states in each region. It is against none and perfectly in tune with President Xi Jinping politico-economic worldview. To explain that worldview Prof Anwar quoted President Xi Jinping who said, “World affairs should be handled through extensive consultations and the future of the world should be decided by all countries working together. We must not let the rules set by one or few countries be imposed on others or allow unilateralism pursued by certain countries to set the pace for the whole world. What we need in today`s world is justice, not hegemony. Big countries should behave in a manner befitting their status and with a greater sense of responsibility”. The learned speaker also discussed BRI and B3W in comparative perspective and highlighted that CPEC is a flagship project of the BRI and referred to  internal and external challenges to CPEC including developments in Baluchistan and Northern Areas but added that come what may, the two countries are determined and leaving no stone unturned to complete CPEC in time. He said that BRI and CPEC are necessary for regional peace, stability and prosperity and turned the attention of audience to Rashakai SEZ, Mohmand Marble City, Hattar and Gadun Amazai industrial zones development besides, Peshawar to Kabul Motorway and said that these projects will bring a silent economic revolution in less developed areas particularly Khyber Pakhtunkhwa , Pakistan.  The first session was followed by a long question answer session and was attended by a large number of training officers particularly of provincial Information Department.

COMMUNITY WITH A SHARED FUTURE FOR MANKIND 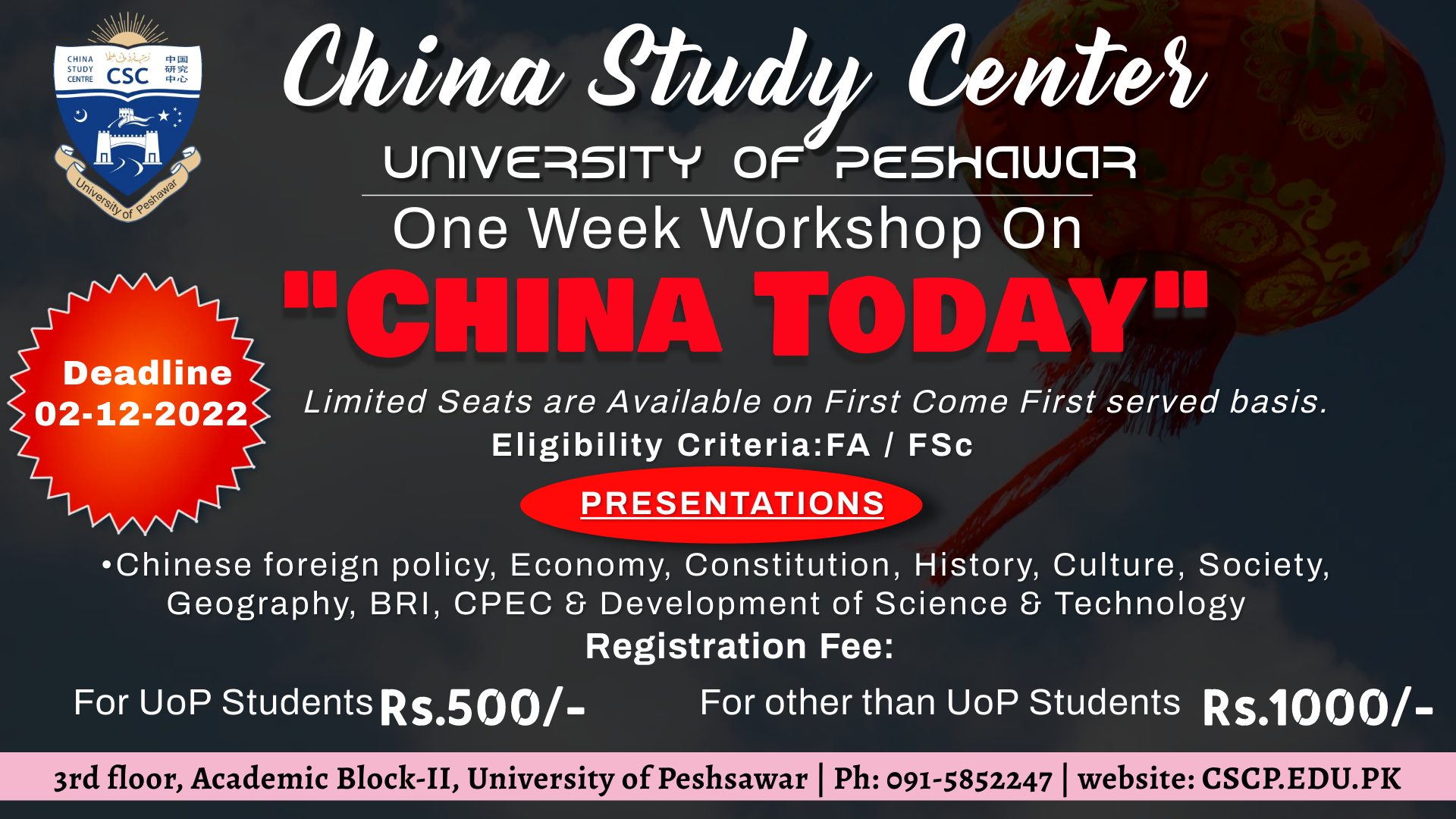